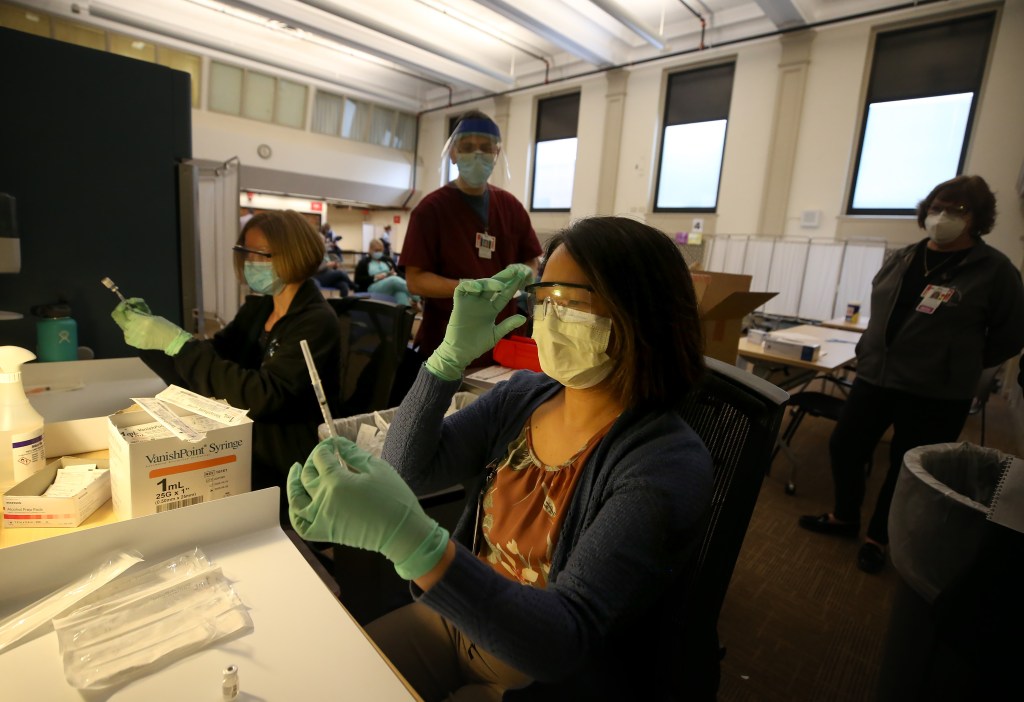 Skip Rizzo, PhD, Research Director for Medical Virtual Reality at the Institute for Creative Technologies (USC ICT) at the University of Southern California, explains how his BRAVEMIND Virtual Reality (VR) Therapy is changing the treatment of PTSD and how pharma can benefit from clinical VR.

“There is a strong evidence base for virtual reality applications in many areas, but it also breaks down barriers to care. The value is in attracting people to treatment, therapy or wellness and getting them to do things they wouldn’t do in a traditional talk therapy setting, ”Skip explains.

The World Health Organization estimates that 600 million people worldwide suffer from mental disorders, but only a third will see the interior of a therapy cabinet.

The implementation of clinical virtual reality can improve access and availability of treatment and de-stigmatize mental illness, but more research remains to be done.

Clinical research into VR as a treatment for PTSD gained momentum in 2004 when an epidemiological study of PTSD was published, noting the increase in cases among veterans of the conflicts in Iraq and Afghanistan. Skip says this article was a “call to arms” for improved treatment methods.

The year before, USC ICT partnered with a game development company to create Full Spectrum Warrior, a serious game for the US military to train the military. The Xbox game was a tactical combat simulation that resembled the streets of Iraq.

“I was able to access some of the artistic resources of Full Spectrum Warrior and create an exposure therapy application for PTSD with a programmer who had previously created a virtual scenario in Vietnam,” says Skip.

BRAVEMIND, a virtual reality clinical experience designed to provide the evidence-based practice of exposure therapy was then developed to prevent, assess and treat PTSD. Initially, four worlds were available, one of which was a generic Middle Eastern city.

In VR exposure therapy, the theoretical model has remained unchanged from traditional speech therapy approaches, with the goal of helping patients confront and reprocess difficult emotional memory, but in the safety of a well-trained clinician’s office.

“Clinicians can control the presentation of the stimulus in virtual reality, allowing the progression of more provocative experiences designed to pace the exposure with the ultimate goal of promoting learning about extinction and reducing fear / anxiety.” that follows, ”Skip explains.

At the end of 2006, BRAVEMIND was tested in San Diego, California, at the Naval Medical Center and Camp Pendleton, and good clinical data was obtained in the first open clinical trials. Other groups have started to adopt the platform, which has led to more research into its clinical effectiveness.

In 2012, the team secured funding to update BRAVEMIND with newer software and develop the system based on what ICT has learned from clinician reports.

Clinicians requested additional environments, such as an Afghan village or a forward operating base in the mountains with incoming mortars depending on their patients’ experiences.

The next version of BRAVEMIND expanded to 14 different worlds, and in 2019, the nonprofit, Soldier Strong, asked to support the free distribution of BRAVEMIND to any VA facility that wanted to implement this therapy.

In total, BRAVEMIND was distributed in 120 places.

As the distribution of BRAVEMIND increases, so does the amount of data that USC ICT collects to improve its experience, and clinical trials provide even more information.

“We have good therapists and both groups have shown good clinical results. It was essentially equivalent, except for a pre-planned prediction.

“We expected people with comorbid depression to do better in virtual reality. It’s hard to activate them to engage in their traumatic memory with traditional methods, and they actually did, ”says Skip.

“We also informed participants upfront that we would randomly assign them to VR treatment or traditional therapy, and we asked them, ‘If you had your choice of treatment types, which would you prefer? »At three study sites, 77% of participants chose VR.

Even those participants who chose VR but received the traditional treatment method did well. Therefore, their preference did not predict the outcome.

However, this makes the case for removing barriers and providing virtual reality as a digital option, as more participants wanted to to use this format.

There is still a lot of research to be done in clinical VR, but evaluating how drugs work in conjunction with VR exposure therapy may be an important next step.

“This is where the next generation of research needs to be,” says Skip. “Do drugs have an impact on the results of VR therapy?” And does it matter how long someone has been taking medication? “

How pharma can take advantage of virtual reality

The pharmacy may also use VR technology to aid its research, such as testing new drugs for children with ADHD.

Skip created a virtual classroom to test children with ADHD and is now working with a company that collects data with this app to support the path to FDA approval.

“Controlled stimulus environments are an ideal way to test the impact of a drug,” Skip explains.

“The kids can be in the virtual classroom, and we can collect data points not only on cognitive performance, but also on head and body movements to assess their hyperactivity. “

“We can also include a virtual human acting in confrontation and seeing how anxiety or anger levels increase.”

A virtual human is a character who talks to and interacts with users. It can remind someone to take their medication or perform cognitive behavioral exercises.

“Virtual humans could be a way to engage people on a regular basis, which could complement the pharmaceutical approach to scaling up care. “

Open research questions exist with clinical virtual reality, but treatment for various conditions is already being explored, such as PTSD in frontline health workers and COVID-19 police officers and measuring improvements in the disease. range of motion in a rehabilitation setting.

“It would be a positive branding initiative for pharmaceutical companies to partner with virtual reality entities, as the public is supportive of the idea of ​​taking combination therapy drugs. with psychological intervention, ”says Skip.

Albert “Skip” Rizzo is a clinical psychologist and director of medical virtual reality at the Institute for Creative Technologies at the University of Southern California. He is also a research professor in the Department of Psychiatry at USC and in the School of Gerontology at USC Davis. Over the past 25 years, Skip has conducted research in the design, development and evaluation of virtual reality systems targeting the areas of clinical assessment and intervention in the areas of psychological, cognitive and motor functioning. in healthy and clinical populations. This work has focused on PTSD, TBI, autism, ADHD, Alzheimer’s disease, stroke, and other clinical conditions. Despite the diversity of these areas of clinical R&D, the common thread that drives all of his work with digital technologies involves the study of how interactive and immersive virtual reality simulations can be usefully applied to meet human health needs in the world. – beyond what is possible with traditional 20th century tools and methods. To view some videos of this work, please visit this YouTube channel.

Jessica Hagen is a freelance life and health science writer and project manager who has worked with VR health companies, fiction / non-fiction writers, non-profit and for-profit organizations, and government entities.